“It's special to be rare. You can look at it as an affliction, but I'm special, I'm different, I'm not run-of-the-mill.”- Amy

The snowfall intensifies and, one-by-one, Amy՚s co-workers pack up to beat the blizzard. Amy wishes them safe journeys home from her desk but remains focused on finishing the day՚s tasks. She reaches into her leather handbag—the flashy Wonder Woman badge reflects brightly—as she texts her husband, Sean. He is worried about her commute home, but she reassures him that she'll be fine. She՚s Wonder Woman after all and must face off against hidden dangers each day.

Amy works for a small property management firm based just outside of Denver. From her desk she keeps tabs on the various buildings, ranches, and estates they manage across the western US. Aside from the company՚s accounts, Amy has a second full-time job: managing her own health. Amy lives with hereditary angioedema type III (HAE type III), a rare genetic condition that causes various parts of her body to randomly and dramatically swell, including her legs, gastrointestinal tract, face, and upper-airways. The condition is painful and, in the case of a throat-swell, potentially deadly. 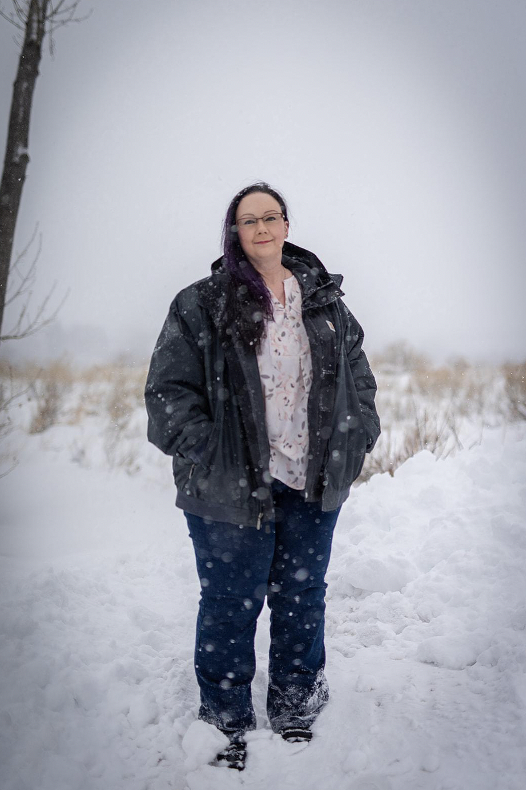 Amy is first and foremost a fighter, and her friends and loved ones know it. “I have a tendency to be blunt,” she says. Whether negotiating with a tenant at work or figuring out how to take care of her medical needs, Amy՚s determination to solve problems, and the impassioned, empathetic way she governs herself, has built lifelong friends and lasting allies.

Lanaya started working for the same company as Amy five years ago. The two bonded quickly and now hold a deep affection as best friends. They share a love for live music, especially country music. Amy and Lanaya also share the challenges and frustrations of living with numerous food allergies. “I can՚t eat gluten or corn,” says Lanaya. “And corn is just in everything, even my allergy medications!” Amy՚s diet is even more restrictive. She is allergic to iodine (prominent in seafood and salt), gluten (celiac disease), citric acid, cane sugar, soy, and dairy. “Anything that tastes good, I can՚t have,” she laments. “If I eat something that tastes good, my stomach gets all distended. It hurts to breathe. It could be a week that I feel sick from eating something like Mexican food just once.” Amy often chooses to avoid eating at all during work hours, to avoid the triggers that could lead to an HAE swelling attack.

Although technically not a primary symptom of HAE, Amy՚s allergies often trigger attacks. “HAE attacks are stress or trauma-induced,” she explains. “Introducing a food that I can՚t eat is a trauma to my insides and then the swelling starts.” Aside from imposing great pain and difficulty, these overlapping symptoms are hard to distinguish from one another and have created challenges with Amy getting the correct diagnosis and proper medical care she needs during an attack. Furthermore, HAE type III is difficult to test for, unlike the more common types I and II, which can be confirmed by the presence of C1 or C4 inhibitors in the blood. Type III, also referred to as “estrogen-dependent” HAE, is an extremely rare subtype that occurs almost exclusively in women, especially those who take supplemental estrogen like Amy. To round out the unlikelihoods, Amy has no family history of the disease. “I'm in the 25% of HAE cases where no one else in the family has it,” she says. Amy and the scientific community still do not know the root cause of HAE type III.

While individuals living with HAE typically suffer from occasional attacks of swelling and pain, Amy must deal with the symptoms daily. “I am in constant attack,” she says. “My legs swell every day.” Aside from allergic reactions to food, Amy reacts to topical substances like moisturizers, latex, and adhesives (all standard in hospitals). Even more difficult, Amy is allergic to the sun. “I wish I could be outdoors more,” she says. “I live in Colorado. It՚s sunny 300 days a year.” Furthermore, bouts of anger and stress also trigger HAE attacks, which is a challenge for the hard-headed self-advocate. Amy focuses heavily on minimizing stress and finding joy in life when she can. “We laugh a lot,” she says. “Laughter is actually the best medicine.”

Before she can head home, Amy must do an infusion of a subcutaneous C1 esterase inhibitor, a medication she uses to prophylactically treat her HAE. Twice a week, she infuses the medicine subcutaneously into her stomach. Previously, she used a port in her chest for her weekly infusions, but says she is blessed that she was able to have her port removed after two years of using it for infusions. Amy carefully mixes the powder, reconstituting it in sterile water. Using a syringe, she slowly begins to force the solution through thin plastic tubing and into her body. While this medicine tries to lessen the frequency and severity of her attacks, during an attack Amy uses an injection of a bradykinin B2 receptor antagonist as an emergency medication to relieve swelling. This is especially crucial if the swelling occurs anywhere near her throat. Amy gets her medications from Orsini, a specialty pharmacy. “Orsini has been a blessing from the start,” she relays. “If I didn't have them, I don՚t know where I՚d be with any of this stuff. They are just amazing.” Orsini has been a strong ally in Amy՚s fight against HAE, providing timely medication and helping her in the endless battle with insurance providers. “My rep at Orsini,” she adds, “I know him as well as my other friends.”

Amy's life has not always been so laden with health difficulties. She holds fond memories of her childhood—playing outside and going camping. She loved Halloween, and her father would help her make elaborate costumes. Around age 16, allergy-like reactions began to increase in frequency and severity. At 18, Amy went through menopause early and she started taking estrogen. She attended college, but all the while her health and her “allergic” reactions became an increasing problem.

In 2003, Amy met her husband, Sean, who has remained a solid pillar of support throughout the tumult of health conditions. “There՚s a lot I do for her,” says the mild-mannered Sean. “It's just being married. It's what you do, for better or worse.” He works as a maintenance man at a local church, and the two share a home. He and Amy do their best to balance each other՚s health-needs with fun activities like going to movies and barbecue competitions.

Amy was diagnosed with HAE type III after a bizarre series of events starting in August 2005. “We were out camping with our niece, and I just felt like I had something in my eyes,” recalls Amy. The pain increased over the coming days and Amy՚s face began to swell. “I couldn't open my eyes for 17 days."  She and Sean went from doctor to doctor, in and out of emergency rooms, but no one could control the swelling or explain what was going on. “I was freaking out. I was panicking,” remembers Sean. “She looked terrible and nobody believed anything she said. Bouncing around from doctor to doctor was so frustrating at the end of the day.” Without much progress being made, Amy went on a recommendation from her mother to see a doctor who could “think outside the box.” 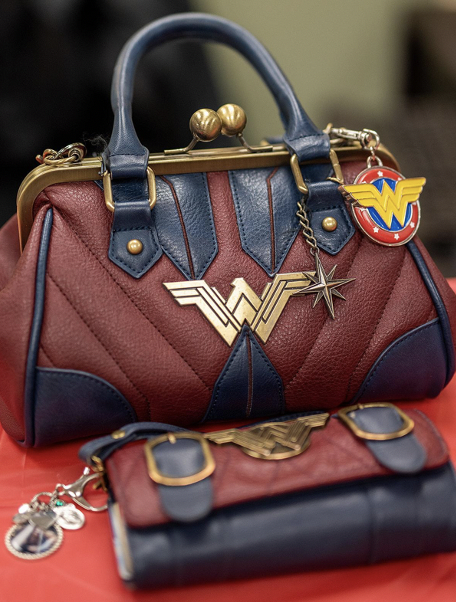 “On my 35th birthday, I was diagnosed with HAE. That was pivotal. I finally had a name to put to what was happening instead of constantly not knowing and guessing.” Once diagnosed, Amy began to understand what she had been going through for years. “I found out all these surgical procedures I had to that point weren't necessary; it was HAE. My tonsils, my appendix, my gallbladder.” She also learned that she has upwards of 25 additional diagnoses, including 10 different autoimmune disorders.

The diagnoses inspired Amy to take more charge of her health. She got involved with the HAE Association and learned more about her condition and how to treat it. She began to advocate for herself and others, making herself available for advice and support to the sparse yet well-connected community of HAE-affected individuals and families. She also began participating in the HAE Association՚s events including a 5K run sponsored by the organization.

However, till this day, Amy has fought an uphill battle with medical providers who refuse to believe her and help her treat HAE. “I've learned to document everything,” she says. “If I don՚t have a picture, it never happened.” She displays various pictures on her phone that were her only undeniable “proof” of her condition. “This week she՚s had to be on the phone four-to-five hours a day,” says Lanaya. “But we all understand.” Orsini has been a strong ally in her quest for more authorizations. Each new year, Amy is forced to fight for insurance coverage, as private insurance providers try to deny her. “January is the worst month of the year,” she says. With exorbitant medical costs of drugs and regular doctor՚s appointments, Amy fights to maintain access to the medications that are her lifelines.

But underneath the daily struggles, the complications, and the pain, lies a remarkable, truly unique individual who has fearlessly fought to define herself in the world. “It՚s special to be rare. You can look at it as an affliction, but I՚m special, I՚m different, I՚m not run-of-the-mill,” says Amy. “For much of my childhood I tried to be different. Girls were supposed to like pink, and I liked green. Girls were supposed to like puppy dogs and I liked frogs. I always wanted to be different, and then, I ended up being different.” From her Wonder Woman garb, to her purple hair, to the fact that she owns upwards of 10,000 pieces of frog-related items at home (and is gunning for the Guinness Book of World Records), Amy doesn't shy away from her uniqueness, and HAE, a literal daily struggle, is a part of that. “Most people would've given up a long time ago,” says Sean affectionately. “But she keeps going, always smiling. She gives it her all every day.”

What is Hereditary Angioedema?

Hereditary Angioedema (HAE) is a very rare and potentially life-threatening genetic condition that occurs in about 1 in 10,000 to 1 in 50,000 people. HAE symptoms include episodes of edema (swelling) in various body parts including the hands, feet, face and airway. In addition, patients often have bouts of excruciating abdominal pain, nausea and vomiting that is caused by swelling in the intestinal wall. Airway swelling is particularly dangerous and can lead to death by asphyxiation.

HAE patients have a defect in the gene that controls a blood protein called C1 Inhibitor. The genetic defect results in production of either inadequate or non-functioning C1-Inhibitor protein. Normal C1-Inhibitor helps to regulate the complex biochemical interactions of blood-based systems involved in disease fighting, inflammatory response and coagulation. Because defective C1-Inhibitor does not adequately perform its regulatory function, a biochemical imbalance can occur and produce unwanted peptides that induce the capillaries to release fluids into surrounding tissue, thereby causing edema.